[Western warmongers are not happy if they’re not fomenting war. The stupid anti-Russia and anti-China sanctions, scare tactics, and war mongering of Europe and the US have pushed Russia and China to develop high-tech weapons to protect themselves. The result is a dangerous buildup of war potential with devastating new weapons. The West is now hated by the world, plus they are outgunned by Russia and China. That’s what the war mongers have accomplished … they’ve forced war upon the world, and are too stupid and arrogant to stop.]

Russia’s new Kinzhal (‘Dagger’) air-launched hypersonic missile has been tested in freezing Arctic conditions. It successfully struck a land-based target in what was the maiden test of its kind, defense industry sources said.

The top-secret trials took place in mid-November at the Pemboi range in the north-western Komi Republic, one of the sources told TASS. The Russian region stretches beyond the Arctic Circle.

The missile was fired from a MiG-31K supersonic interceptor aircraft, which NATO calls ‘Foxhound.’ Kinzhal “reached the speed of Mach 10 (over 12,000kph),” another unnamed official told the agency. 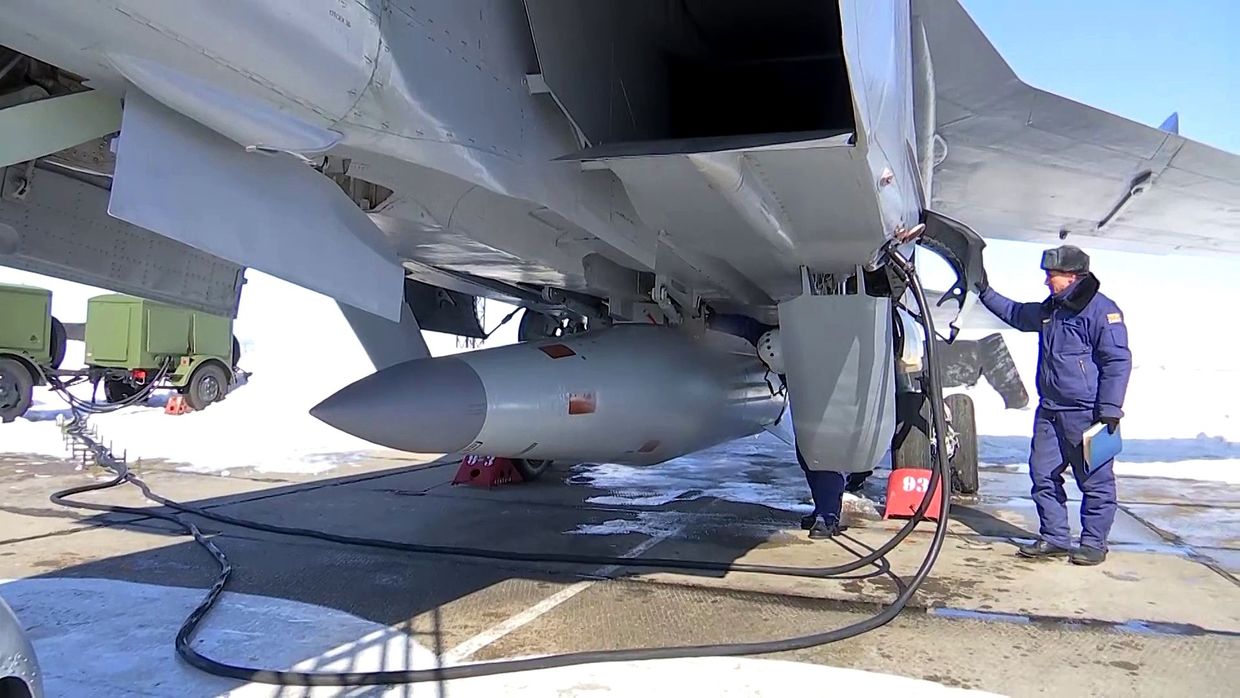 Kinzhal is one of several hypersonic systems being prepared for service in the Russian Army. Russia has already successfully tested its Avangard glider, which is fitted on silo-based ICBMs. Plans have been outlined for the first Avangards to enter service before the end of the year. The development of the Zircon (Tsirkon) missile, designed to be launched from ships, is also currently in full swing.

Hypersonic weapons are said to be able to bypass any existing air defenses due to traveling several times faster than the speed of sound, and constantly maneuvering on their approach to the target.

Russia has been boosting its military presence in the Arctic in recent years, building and repairing bases and airfields, as well as deploying its newest hardware, including S-400 air defense systems, and frequently carrying out drills in the area. The buildup started as a response to attempts by other regional players – Canada, Denmark, Norway, and the US – to lay claims to the Arctic due to its rich natural resources and strategic geographical position.